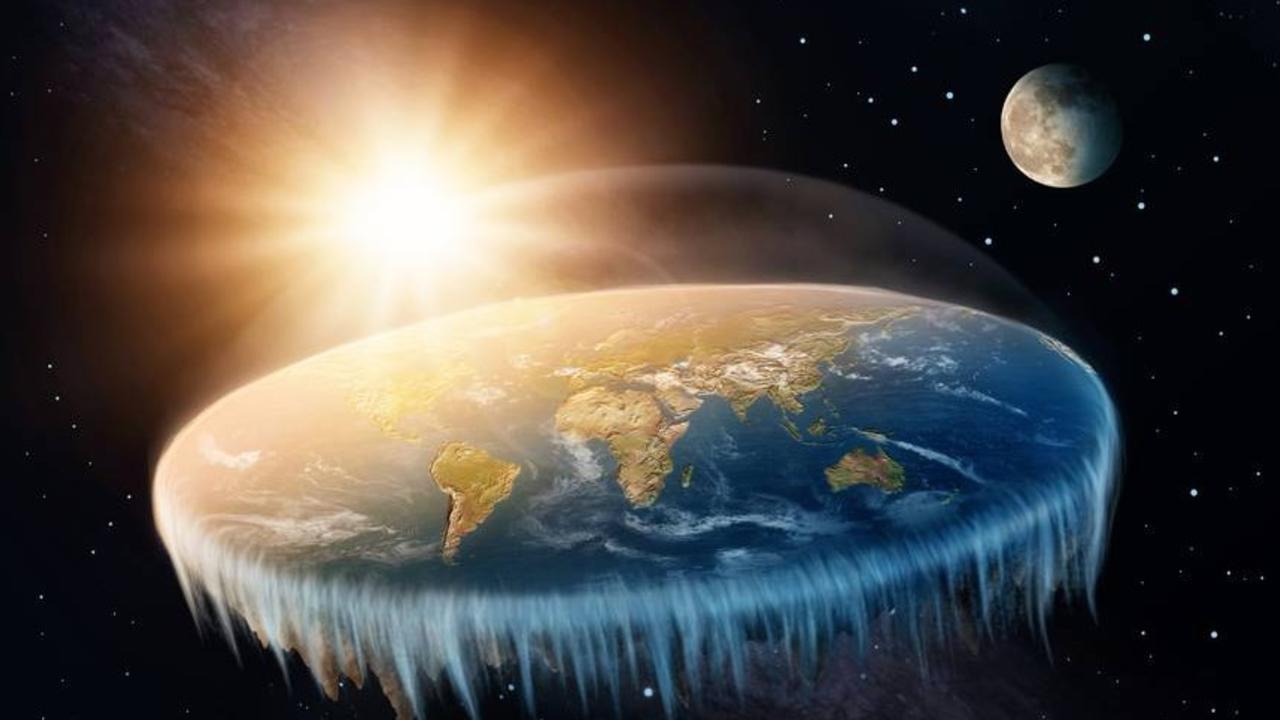 Most citizens on Earth have been taught from a young age that the Earth is a round planet orbiting our Sun because 2,000 years of scientific research tells us so. What if I told you the Earth wasn’t round, but that it was a flat disc. I’d be speculating of course, along with a small group of people known as Flat Earthers. Here are the core tenants of their theory as quoted by the Flat Earth Society:

Flat Earth
“The earth is in the form of a disk with the North Pole in the center and Antarctica as a wall around the edge. In this model, circumnavigation is performed by moving in a great circle around the North Pole.”

Antarctica
“The earth is surrounded on all sides by an ice wall that holds the oceans back. This ice wall is what explorers have named Antarctica- a 150-foot-tall wall of ice, around the rim. NASA employees, they say, guard this ice wall to prevent people from climbing over and falling off the disc. Beyond the ice wall is a topic of great interest to the Flat Earth Society. To our knowledge, no one has been very far past the ice wall and returned to tell of their journey. What we do know is that it encircles the earth and serves to hold in our oceans and helps protect us from whatever lies beyond.”

Day and Night
“Earth's day and night cycle is explained by positing that the sun and moon are spheres measuring 32 miles (51 kilometers) that move in circles 3,000 miles (4,828 km) above the plane of the Earth. The sun moves in circles around the North Pole. When it is over your head, it's day. When it's not, it's night. The light of the sun is confined to a limited area and its light acts like a spotlight upon the earth in a 24-hour cycle. Flat-earthers believe there must also be an invisible "antimoon" that obscures the moon during lunar eclipses.”

Gravity
“Earth's gravity is an illusion, they say. Objects do not accelerate downward; instead, the disc of Earth accelerates upward at 9.8 meters per second squared, driven up by a mysterious force called dark energy. The earth isn't pulled into a sphere because the force known as gravity exists in a greatly diminished form compared to what is commonly taught.”

Evidence for a Round Earth
Flat-earthers claim that photos claimed to be taken of Earth are photoshopped, GPS devices are tampered by the government to make pilots think they are flying in a straight line around a globe when in reality, they are actually flying in circles over a disc.

“In a nutshell, it would logically cost much less to fake a space program than to actually have one, so those in on the Conspiracy profit from the funding NASA and other space agencies receive from the government.”

Evidence for a Flat Earth
“The evidence for a flat earth is derived from many different facets of science and philosophy. The simplest is by relying on one's own senses to discern the true nature of the world around us. The world looks flat, the bottoms of clouds are flat, the movement of the Sun; these are all examples of your senses telling you that we do not live on a spherical heliocentric world. This is using what's called an empirical approach, or an approach that relies on information from your senses.”

Space Travel
“The most commonly accepted explanation of this is that the space agencies of the world are involved in a conspiracy faking space travel and exploration. This likely began during the Cold War's 'Space Race', in which the USSR and USA were obsessed with beating each other into space to the point that each faked their accomplishments in an attempt to keep pace with the other's supposed achievements. Since the end of the Cold War, however, the conspiracy is most likely motivated by greed rather than political gains, and using only some of their funding to continue to fake space travel saves a lot of money to embezzle for themselves.”

Images
In general, we at the Flat Earth Society do not lend much credibility to photographic evidence. It is too easily manipulated and altered. Many of the videos posted here to "prove a round earth" by showing curvature will show no curvature or even concave curvature at parts. The sources are so inaccurate it's difficult to build an argument on them in either case. Furthermore, barrel distortion and other quirks of modern cameras will cause a picture to distort in ways which may not be immediately obvious or apparent, especially without references within the picture. Photographs are also prone to distortion when taken through the bent glass of a pressurized cabin as well as atmospheric conditions on the outside. With this litany of problems, it's easy to see why photographic evidence is not to be trusted.

Curvature from Aircraft
“Quite simply you cannot. It is widely stated you would need to be at a height of at least 40,000 ft to get even a hint of curvature if Earth were round. Commercial aircraft are not allowed to fly this high. They are only allowed to fly just under this altitude. 36,000ft might be typical. In addition, the windows on commercial aircraft are small and heavily curved. Even if they flew high enough for a person to see curvature, it would still not be visible to passengers.”

Planets
“Planets (from Ancient Greek ἀστὴρ πλανήτης [astēr planētēs, "wandering star"], or just πλανήτης [planḗtēs, "wanderer"]) are orbiting astronomical objects. The Earth is not a planet by definition, as it sits at the center of our solar system above which the planets and the Sun revolve. The Earth’s uniqueness, fundamental differences and centrality make any comparison to other nearby celestial bodies insufficient - Like comparing basketballs to the court on which they bounce.”

If you listened to our podcast episode, here is that video we promised: