The Great Attractor, Dark Flow, and the Large Scale Structures of the Universe 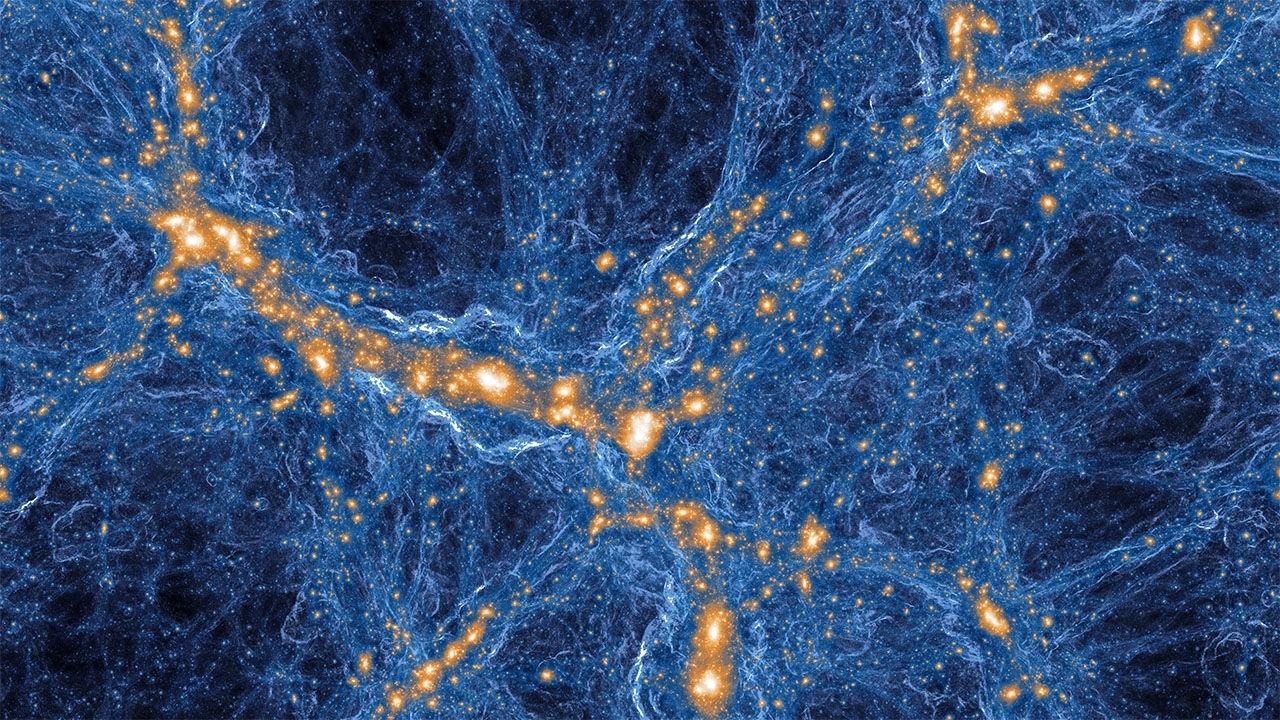 Did you know that there are structures in the universe bigger than galaxies AND they are all moving towards some unknown source? This week on Space But Messier!

Today we are talking about the large scale structure of the universe. These include things like Clusters, Superclusters, Voids, Filaments, Walls and something called the Great Attractor, all contributing to this idea of dark flow.

First, we’ll give a bit of an overview of what we teased at the beginning, then we’ll walk you through the details.

Laniakea Supercluster: Half a billion ly, 10,000 trillion times the mass of our sun
Eridanus Supervoid: Area of space that is cooler than Cosmic Microwave Background temperature, just above absolute zero at 2.7K
Sloan Great Wall, a filament or wall of galaxies that lies approx. 1 bil ly from us

Now, these Super Clusters of Galaxies connect and exist in this map of galaxies called the Cosmic Web. It quite literally looks like a web. It has filaments, voids, walls, and even Great Walls.

Our Galaxy lies on the edge of the Laniakea Supercluster, but even though the universe is expanding, there still seems to be a common direction to their movement. It’s in the direction of the Centaurus and Hydra constellations which happen to be the direction of the Norma Cluster of galaxies. Norma is not the source, just the cluster that is seemingly closest to this point of attraction.

Let’s expand on this.

We know this because of the Cosmic Microwave Background Radiation. This is the glow of radiation leftover from the big bang. Using this as our guide, we can measure the CMB behind massive clusters of galaxies, and it should read as the normal CMB would read, plus whatever effect the cluster’s doppler shift had on it,

This means that the direction and rate at which the cluster is accelerating affects the energy of the CMB passing through it to get to us. From that data, we can know where all of the Superclusters are going. And by surveying clusters in every direction, Kashlinsky and his colleagues discovered that every bit of matter around us is actually moving towards something huge and extremely far away.

Everything we see in our Laniakea Supercluster is moving towards the constellations Centaurus and Hydra, actually, it’s moving in their direction, but it’s something far beyond those that is pulling everything toward it

This is what early scientists called, The Great Attractor. It’s a point of unbelievably strong gravitational attraction about 200 million light-years away. However, as more time went on, we learned that whatever is pulling everything in one direction must be much larger.

According to Outer Space Central,

“In 2005, astronomers conducting an x-ray survey of part of the sky known as the Clusters In the Zone of Avoidance, now the Zone of Avoidance used to be the area of the sky that is blocked by ouir view of our own milky way. These scientists reported that the Great Attractor was actually only one tenth the mass that scientists had originally estimated. The survey also determined that the Milky Way is in fact being pulled towards a much more massive cluster of galaxies, the Shapley Supercluster, which is located in the same general direction, but far beyond the Great Attractor.  The center of the Shapley Supercluster is about 650 million light years from earth, whereas the Great Attractor is about 200 million light years.

The size of the Shapley Supercluster has led many to speculate that this supercluster may be the major ingredient of our galaxy's speed and direction due to its strong pull of gravity. Is it the "Attractor" for all the surrounding galaxies as well? This question has led to a great deal of speculation about the source of the "dark flow" in our local space.”

What is Dark Flow?

“Discovered in 2008 by Alexander “Sasha” Kashlinsky of NASA’s Goddard Space Flight Center, "dark flow" is a streak of irregularity in a universe that is otherwise as uniform as a "rising loaf of bread". Perhaps the "dark flow" of our galaxies towards the Shapley Supercluster represents the result of a gravitational tug from a region beyond the "observable universe". This interaction would have occurred very early in cosmic history, long before the universe grew to its present day size.” (Outer Space Central)

Let’s dive even deeper! How could something outside of the Observable universe be pulling us away?

This is where we get into gravity as a graviton. Current scientific understanding puts the speed of gravity at the speed of light.

Now that we have that, let’s remember this idea of the universe expanding. Let’s say there was all of the known matter in the universe at one point, then it expanded away from everything else.

While everything was still close to each other, expanding, but closer than we are now, every galaxy could feel every other galaxy’s gravitational pull. But as it expanded further, and the rate at which it expanded increased, meaning as time went on, things moved away from us faster, something peculiar happened.

Just as if Jupiter zoomed away from us instantly, we could still feel it and see it, the same goes for this supposed source of gravity. Whatever it is was so great, that it is still affecting everything in our visible universe gravitationally. There is the keyword, everything in our known universe.

There is a place called the cosmological horizon where objects in space are moving away from us at faster than the speed of light, so we won’t ever see it.  So when we say that the universe is 13.7 billion years old, all we are saying is that’s how far we can see, but realistically, there is an unknown amount of matter outside the observable universe that is moving away from us so fast that it’s light can never reach us.

But that doesn’t mean that it can’t pull things closer to it to itself, and those things will pull things toward them and so on. This is Dark Flow. and everything is moving toward the Shapley Supercluster.

How do we know? A team at the University of Hawaii created a map of every known galaxy in our cluster and mapped its location and the direction at which it was moving. By observing the direction of every galaxy, it pointed to a cosmic flow in a specific direction.

So for some reason, all matter as we know it is being pulled into the Shapley Super Cluster, 17 clusters of galaxies, or something massive behind, something from the big bang, another universe entirely, it’s impossible to know.