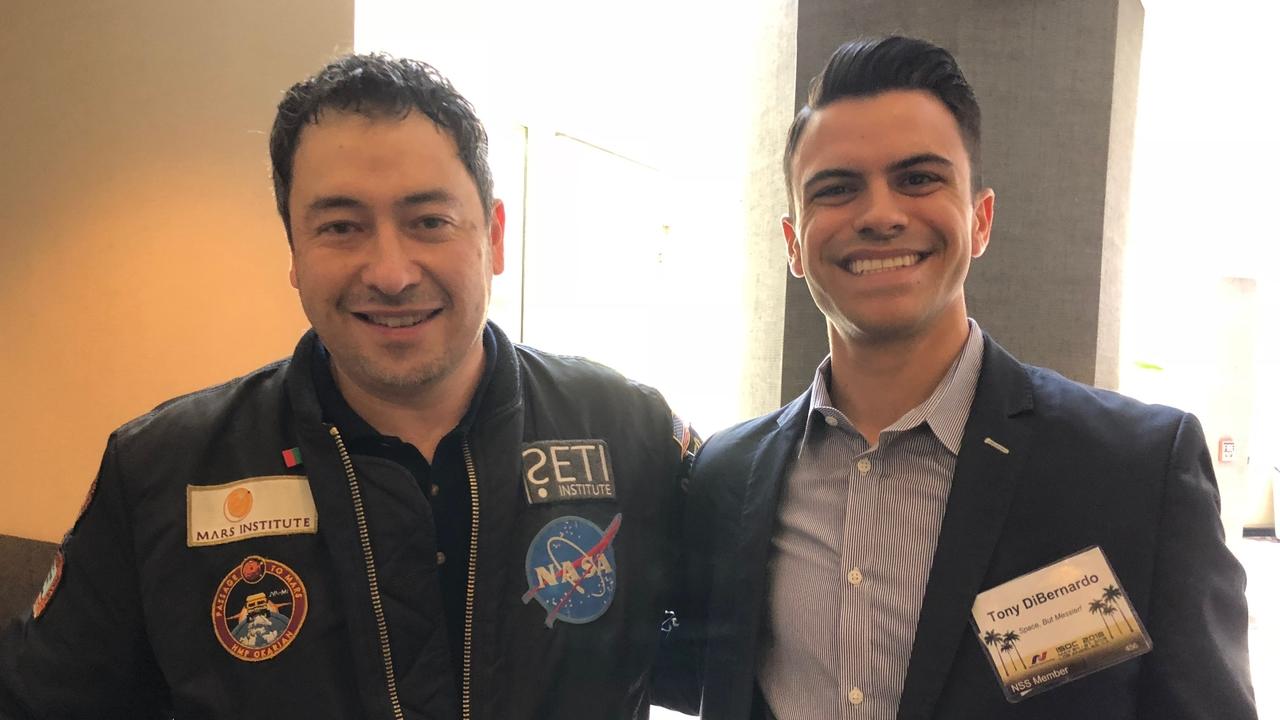 NASA’s Curiosity rover has found new evidence preserved in rocks on Mars that suggests the planet could have supported ancient life. You’ve probably heard, but what does this really mean? So in order to have life, you need certain organic molecules or building blocks. Organic molecules contain carbon and hydrogen, and also may include oxygen, nitrogen and other elements. They were found in three-billion-year-old sedimentary rocks near the surface. This is such a big deal because, as put by NASA’s Jen Eigenbrode,

" The Martian surface is exposed to radiation from space. Both radiation and harsh chemicals break down organic matter.Finding ancient organic molecules in the top five centimeters of rock that was deposited when Mars may have been habitable, bodes well for us to learn the story of organic molecules on Mars with future missions that will drill deeper.”

This will be the last episode to cover my experience at the International Space Development Conference and I have truly saved the best for last. At ISDC, it was astonishing how much there was to learn about what people and companies are doing RIGHT NOW to prepare for living on Mars and the Moon. We’re talking trekking through the Arctic, students building inflatable and autonomous habitats, and companies long in the making of settlements that will launch into orbit and build on themselves overtime. Be ready to be caught up on what NASA, private companies, and incredible individuals are doing to prepare to live in space. The first man I heard speak about this that really blew me away was Pascale Lee.

Pascal Lee is a Planetary Scientist and Chairman and the Mars Institute and in all of these sessions, in all of the chaos of Space Settlements, Jeff Bezos, Student Projects, Pascal’s presentation stood out to me the most. He works in the most desolate place on Earth and tests systems for living and working on Mars, check it out!

He is also the author of Mission: Mars, a book training you to become a future Mars explorer. He takes you behind the scenes of space suits, rovers, and how we’re actually going to get there. After speaking with Pascale, I went to a session on the Development of Lunar Colonies and learned what private companies and NASA are doing in this area.

Many people think that right now, NASA is dead and doing nothing when it comes to the Moon but that couldn’t be more wrong! First you should know that in 2009, NASA sent the Lunar Reconnaissance Orbiter to orbit the moon on and exploration mission. The Exploration Mission was focused on supporting the extension of human presence in the solar system, LRO continues to help identify sites close to potential resources with high scientific value, favorable terrain and the environment necessary for safe future robotic and human lunar missions. So first step, LRO is searching for a place for us to live.

Next, NASA is currently planning on building a Lunar Orbital Platform Gateway. This will be an orbiting space station around the Moon! It’s a Crew-tended gateway in Lunar orbit and it’s going to be used as a staging point for missions to the moon and Mars and a platform for science. It will bring commercial and international partnerships as well as help develop landing capabilities for future planetary missions.

NASA is allowing 6 commercial companies to build lunar habitats and NASA will take the bests parts of those to develop a blueprint for a standard build. The speaker actually asked that if you have any great ideas of scientific experiments to include on the space station, to send it their way.

Here’s what NASA is doing NOW:

After this really informative session with the NASA representative, I was able to catch up with Joshua Castro, CEO of InStarz, a company designed inflatable lunar habitats for the Moon and eventually Mars. In fact, this could be one of the companies NASA contracts to build a habitat. Although they are still in early stages, you have to hear about this