Nemesis and the Companion Star Theory 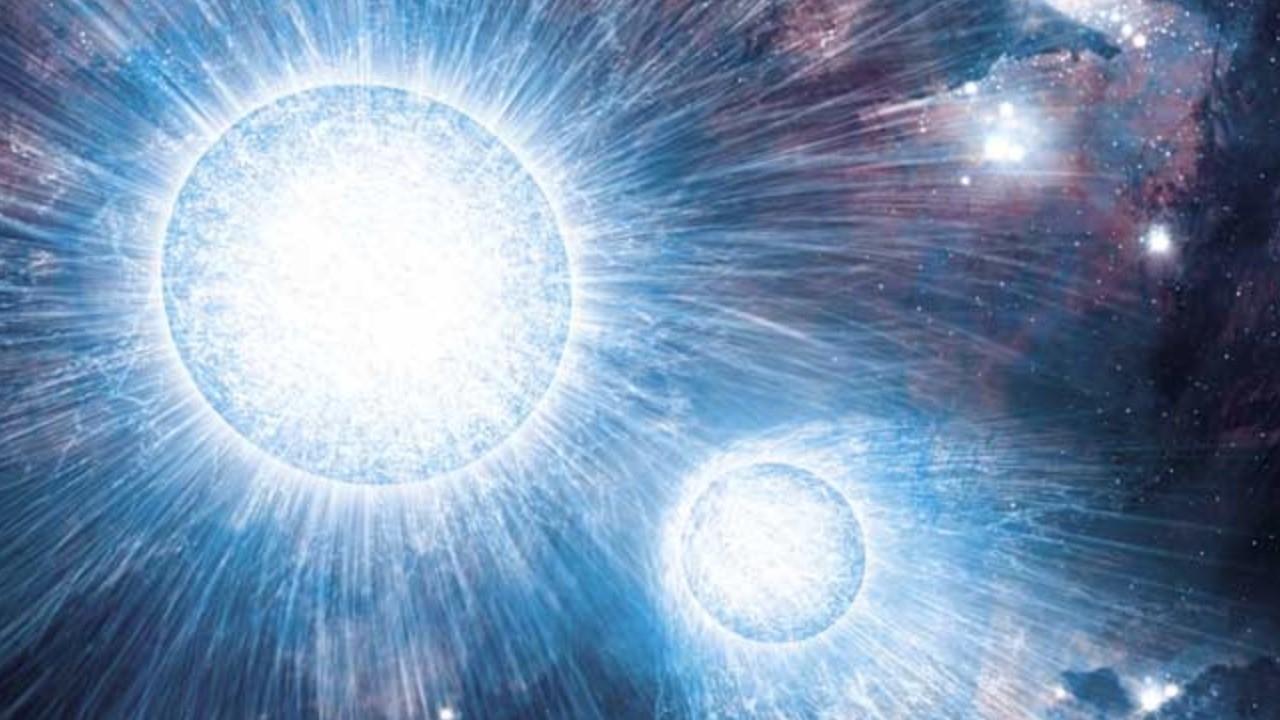 Imagine living in a world with 2 suns, maybe even 3! 80% of the single points of light in space is not just one star, but potentially multiple. Out of this 80%, most of these multiple star systems are binary stars systems, or solar systems containing 2 suns or stars. Initially, they are classified as double stars, Optical and Binary. Optical double stars appear close together, but are really far apart in terms of depth while Binary Stars are actually orbiting each other, or rather, their center of gravity. For instance, there are binary stars that make up the kink in the handle of the big dipper, Mizar and Alcor. These actually were used for eyesight tests in ancient times.

These can be seen as two separate stars using a telescope. These pairs are usually relatively close to us so that the individual stars can be pointed out (i.e. Alpha Centauri A & B)

These orbit so close, that we can’t view them as separate with our eyes. How do we know they are binary? We can view the wavelengths of light coming from each star. One of them will emit blue shifted light and the other will emit redshifted light.

When we collect the total light received from the star system, one sun will give us a constant line on a graph, but when the large star passes in front of a smaller star in orbit, the light we receive diminishes, thus giving proof of 2 orbiting stars. From these graphs we can tell how bigs the star is, how massive, how hot, and how far.

Stars that are so close, they touch. They become linked and the smaller star could actually steal mass from the larger star.

Our sun has a companion named Nemesis! First I want to say that some explanations are ludacris and some and really quite researched. Just because there are many different views on this topic, it can still be true. For instance, we hear again the famous flat earth line “NASA is  lying to us” so often in these reports and that thousands of people have claimed to have photos of two suns in the sky!!! If you look it up, you’ll find about as much information on this as you will the giant ice wall surrounding our flat earth. That being said, Nemesis still holds as a theory, why? MASS EXTINCTIONS!!!

These along with smaller mass extinctions seem to occur every 27 million years, so… in 1984 Richard Muller put forth a theory that a small, red dwarf star about 1.5 light years away could be the reason for these extinctions. Later speculations came out saying it could be a brown or white dwarf, comparable to the size of Jupiter, but very faint and hard to see. How you may ask? Well on the very outer edge of our solar system is the Oort Cloud, a spherical shell of icy bodies in a slow orbit around our sun. Now if Nemesis, our so called companion star, had an orbit of 27 million years, it could affect these bodies in the Oort cloud and send one hurtling our way, thus increasing the rate of impact as well as mass extinctions. But there is SO much speculation, especially noticing that only one of the major mass extinctions included an impact.

To give you an idea though of how reputable this theory is.