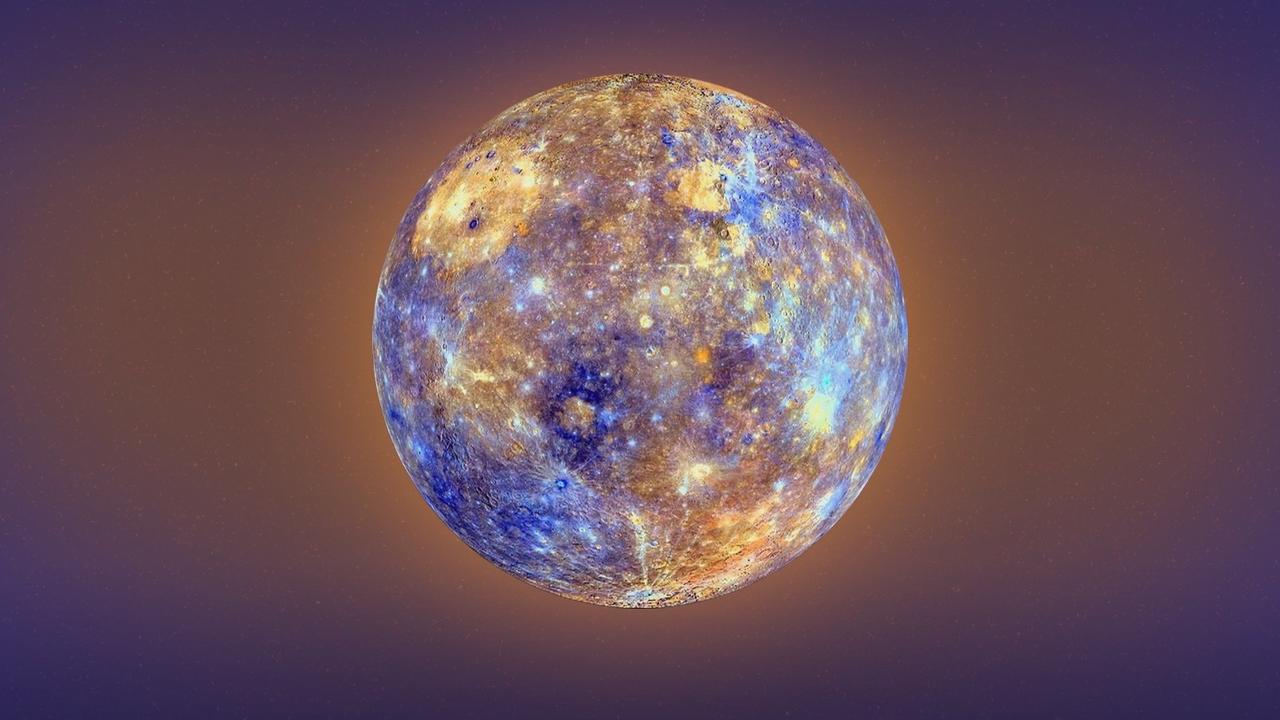 Mercury has appeared many times over the ages in works by Isaac Asimov, C. S. Lewis, Ray Bradbury, Arthur C. Clarke and H. P. Lovecraft. Also, in the animated television show Invader Zim, Mercury is turned into a prototype giant spaceship by the extinct Martians.

How do we know anything about Mercury?

It’s really hard to study Mercury because of how close it is to the Sun, but astronomers have known of its existence since ancient times. For instance, the population of Ancient Mesopotamia from 3500-2000 B.C. (close to present day Syria) are known as the Sumerians. It is said that they first observed this planet, then the Babylonian civilization recorded it first as Nabu and Nebo, because it was both a morning and evening star. In ancient India, Mercury was named Budha, Ancient Egyptians referred to it as Thoth and the Greeks called the planet Apollo when it was visible in the morning sky, and then Hermes in the evening sky. The Romans then named the planet after the Roman messenger god Mercury (The Roman equivalent to the Greek’s Hermes) The Roman Mercury had wings on his helmet and shoes allowing him to travel super fast! Thus providing an appropriate name for our fastest-orbiting planet and sticking to this day.

​1631: Pierre Gassendi used a telescope to watch from Earth as Mercury crosses the face of the Sun, otherwise known as a transit, the next of which will be in November of 2019

1965: Incorrectly believing for centuries that the same side of Mercury always faces the Sun, astronomers using radar find that the planet rotates three times for every two orbits.

1974-1975: Mariner 10 photographs roughly half of Mercury's surface during three flybys.

2015: MESSENGER was deliberately crashed into Mercury after expending all its propellant, ending its mission after 4 years.​

What did we learn?

Mercury has a radius of 1,516 miles (2,440 kilometers), so it’s a little more than 1/3 the width of Earth. If Earth were the size of a nickel, Mercury would be about as big as a blueberry.

As Earth is 93 million miles from the Sun, Mercury is only 36 million miles (58 million km) away and it still takes sunlight 3.2 minutes to travel from the Sun. It has a super egg-shaped orbit and travels around the Sun at 29 miles per second. Mercury's axis of rotation is tilted just 2 degrees with respect to the plane of its orbit around the Sun. That means it spins nearly perfectly upright and so does not experience seasons like many other planets do.

Composition
Mercury is the second densest planet, after Earth. It has a large metallic core with a radius of about 85% of the planet's radius. There is actually evidence that it is partly molten, or liquid and Mercury's outer shell, or the mantle and crust, is only about 400 kilometers (250 miles) thick whereas Earth’s is 2,886 kilometers or 1,793 miles thick.

It’s very similar to Earth’s moon, with tons of craters because it has no atmosphere to protect it, which we will get to, but craters on Mercury are actually named after deceased artists such as:

On Mercury you can find craters as wide as 960 miles or 1,550 km across and mile-high cliffs that rose as the planet's interior cooled and contracted over the billions of years since Mercury formed. Most of the surface is grey-ish brown, but you’ll also notice dark streaks coming from the large craters. This happens during impact, when parts of the planets surface are launched into the air, falling in a line away from the impact, then these lines of fine particles and rock darken over time due to dust impacts and solar-wind particles

Instead of an atmosphere, Mercury possesses a thin exosphere made up of atoms blasted off the surface by the solar wind and striking meteoroids. Mercury's exosphere is composed mostly of oxygen, sodium, hydrogen, helium and potassium.

We’ve learned that Mars doesn’t really have a magnetic field because it was swept away by Solar wind form the Sun, but Mercury’s Magnetic Field and solar weather gets extreme. Though Mercury's magnetic field at the surface has just one percent the strength of Earth's, it interacts with the magnetic field of the solar wind to sometimes create intense magnetic tornadoes that funnel the fast, hot solar wind plasma down to the surface of the planet. When the ions strike the surface, they knock off neutrally charged atoms and send them on a loop high into the sky.