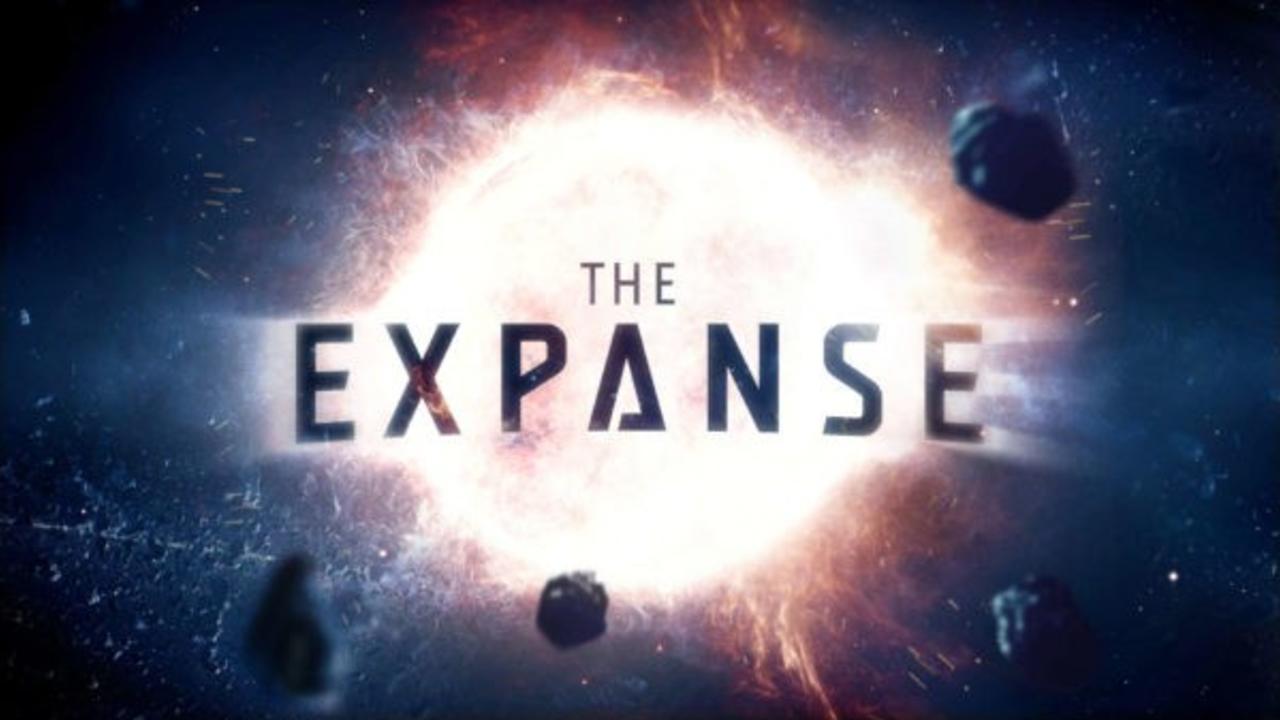 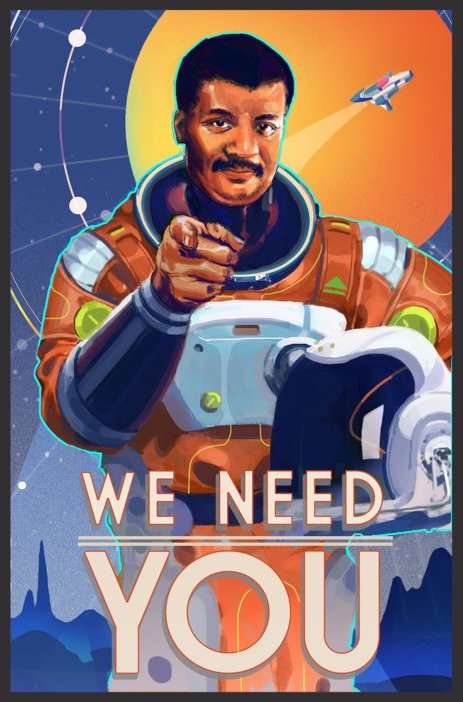 The news for this week is exciting because here at ISDC, we get the first glimpse of what’s coming, not only in space development, but in space gaming. I may not have stopped by this particular booth if it weren’t for a huge display of Neil DeGrasse Tyson in his retro-color glory, pointing at me saying, "WE NEED YOU!," which is absolutely incredible. So I approached the Neil deGrasse Tyson painting to check it out and interviewed the man attending the booth. Check out the podcast episode to hear his description!

Today, however is dedicated to a movement that is close to my heart, a science fiction adventure so exhilarating, that you are missing out if you have not watched this show, and that is, The Expanse. Now this segment was not planned, I must say… but I was sitting eating my lunch, when all of the sudden, I looked up and thought… "Is that James Holden? And Amos, oh my god the pilot guy, that the cast of the Expanse!" So I packed my belongings, introduced myself and was immediately directed to the Executive Producer Naren Shankar. For those of you who have never seen it, Naren gives a great introduction in the episode.

Meeting Naren here was really cool, he friggin produced the show! But the cast was far more welcoming than I expected. Now I wasn’t necessarily expecting them to be jerks or anything, but the we’re passing around show graphics to be autographed, then they were being rushed to the next room where they answered more questions, and every time I stopped them to say hello, they stopped, smiled, shook my hand, and asked how I was. I chatted with Wes Chatham, who plays Amos, I took Pictures with Steven Strait, who plays the main character James Holden, and even met Cara Gee, who plays Drummer in Season 3, but I spent the most amount of time with Cas Anvar. Our conversation focused mainly around the title of this episode. For those of you who do not know, The Expanse TV show was recently cancelled by the Scifi network, but the viewers have been up in arms in the newest movement #SaveTheExpanse. Cas was able to tell me a little more about it in his portion of the episode.

So after our conversation, we were rushed to the panel room, where they took their seats, and Kyle Hill MC’d the night. Many questions were asked, but it mainly focused around one topic. The writers of the Expanse are on a mission to create the best HARD science fiction series of all time, and they are succeeding. Now HARD science fiction is science fiction that is actually scientifically accurate or theorized to be possible. So many times does this show just demolished these long believe tropes of science and space. One scene that blew the mind of the cast was when they filmed a scene placed in outer space, the astronaut opens his visor, breathes out, puts his visor back, and he’s fine. Now this can actually happen! Whereas before you may think that your eyes would bug out of your head or your head would just explode! They showed another scene that contradicted one of these preconceived notions that you can comfortably transition out of hyperspace, or moving unbelievably fast, Warpspeed. So in an episode, they had a pilot flying through space at an extremely high speed, only to be stopped almost dead in his tracks by some sort of unknown force (I say to avoid spoilers) Now I will tell you the only part of his body that remained was what was tied down by seatbelts. Very gruesome, very accurate, and that’s the type of science you can expect on this show.

Finally, there are a couple things you need to understand to fully grasp the atmosphere of that night. The Expanse was cancelled by the Scyfy Network, viewers started this movement of #SaveTheExpanse, Netflix and Amazon apparently showed interest, The Expanse had someone fly a plane over Amazon headquarters with a banner that said to Save The Expanse, and the CEO of Amazon, Jeff Bezos, also the richest man in the world valued at 133 billion, just so happened to be at the Gala that night. But so was the cast, and so was I. So after the panel session, we all filtered into the dining hall, found our seats, and watched as Jeff Bezos took the stage. He sat down for a fireside chat, which was meant to be focused around his space exploration company Blue Origin, yet instead he took out his phone and addressed the elephant in the room. He said that he just received an email from his program director with news that “The Expanse was Saved!”. The room went WILD, the cast jumped up and down and started hugging each other, in fact, many people around the room started hugging each other. And that was it, we were the first to hear it, so if you were thinking of starting it, but were bummed to hear it was cancelled, fear no more and go catch up!

If you enjoyed this episode, please rate and review it, and if you want more like it, then please consider contributing to our podcast here, the more support we have, the more of these events we can bring straight to your phones. I hope you all have a wonderful week and thank you for joining me today as we set sail for the EXPANSE!